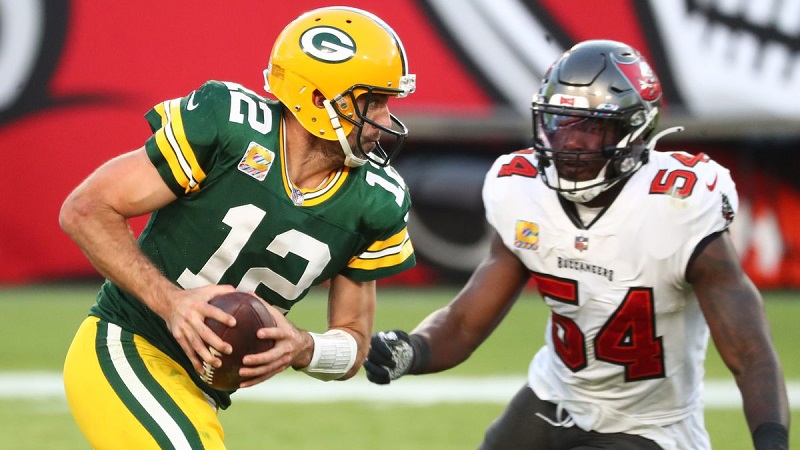 In our 2021 NFC Championship Betting Preview, we will preview both games, include a pick, and cover how you can make the most out of the game by partnering with a pay per head service provider like WagerHome.com.

While they are two of the all-time greats, Sunday’s winner won’t solely be determined by the quarterbacks. Both teams are loaded at wide receiver. The Packers feature Davante Adams and his 18 touchdowns this year, and the Bucs counter with Mike Evans and his 13 touchdowns.

On the ground, it’s the Battle of the Jones – Aaron Jones for Green Bay and Ronald Jones for Tampa Bay. Both of them finished the season averaging more than five yards per carry, putting them both in the top six among running backs.

The big difference-maker in the game might be the weather. Green Bay is at home, it is going to be under 20 degrees with a good chance of snow, and that has them as the slight favorite to win.

Brady is the face of this team, but the Buccaneers are so much more than the Hall of Fame-bound quarterback. The Tampa Bay defense is excellent, finishing the season ranked sixth in the NFL and the best defense against the run.

The Bucs did lose five games this season, but all five were to playoff teams, and two of those losses were avenged with last week’s win in New Orleans. The last Tampa Bay loss was on November 29 to the Kansas City Chiefs, the host of the AFC Championship Game.

A note on the 51.5 over/under: The Bucs have scored at least 30 points in five straight games.

Rodgers has been the face of the Packers since he took over for Brett Favre in 2008, and for the first time in his Hall of Fame career, his team is hosting the NFC Championship Game. He has been lights out in 2020 and is the heavy favorite to win another MVP. But there was one game this season where Rodgers looked awful – against the Buccaneers on October 18.

The Packers managed to score just 10 points against the Bucs in that game, and Rodgers failed to break 200 yards. It was the only game all season in which he was unable to throw a touchdown. But since that game, Rodgers hasn’t had a quarterback rating below 90, and Green Bay is averaging 32 points scored.

The Packers are 3.5-point favorites, and the over/under is 51.5. The action on both those lines is coming. Now is the time for independent bookmakers to take advantage of Championship Sunday and become partners with a pay per head software provider.

If becoming a bookie is something you’re interested in, you can get your own website, access to sports and odds from around the world, a demo of the software, and a four-week free trial at WagerHome.com.

2021 NFC Championship Betting Preview: The Pick is In

The old cliché that “Defense Wins Championships” holds true for a reason. The tipping point for this game is the Buccaneers defense. Take the Buccaneers to advance to Super Bowl LV.