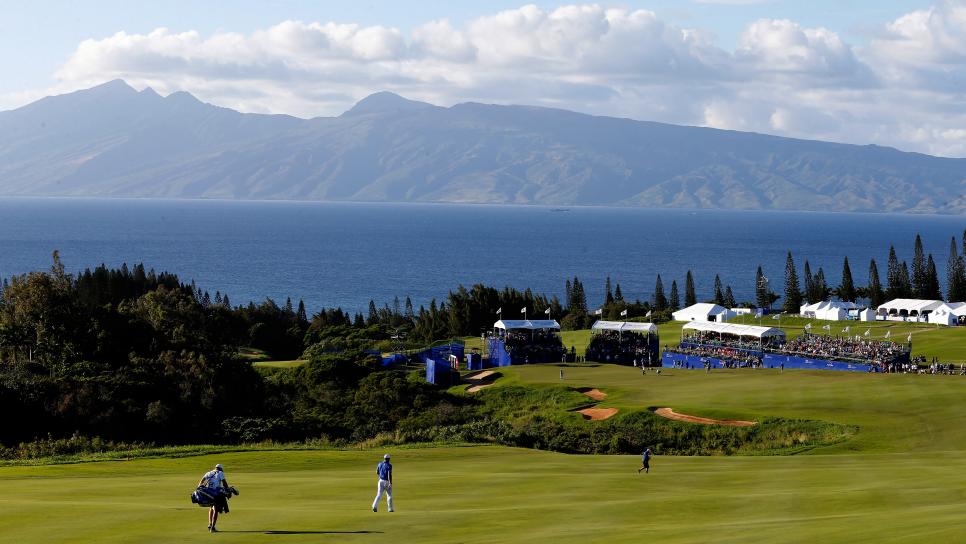 Traditionally the golf season doesn’t really heat up until the first major of the year at the Masters. But at Kapalua, this weekend eight of the top-10 ranked players in the world, and 16 of the top 20, will give the first event of the 2022 calendar year the feel of a showcase event, Sentry Tournament of Champions.

Not unlike how NASCAR begins its year with the Daytona 500, the Sentry Tournament of Champions features the best golfers in the world playing on one of the most recognizable courses on tour. And all golfers will be competing from beginning to end because there is no cut this week. It’s 39 golfers playing 72 holes.

Not surprisingly the number one golfer in the world, Jon Rahm, is the odds on favorite. Sitting atop the favorite’s board is going to become a familiar position for him this coming year, although it is worth remembering that he finished last year with two missed cuts in his final three tournaments.

Following Rahm is Justin Thomas, a two-time winner at Kapalua. The defending British Open Champion Collin Morikawa, and the PGA Champion in 2020, is third on the list. He’s in the tournament for just the second time in his career, but his grandparents were born on Maui, and Morikawa first played the Plantation Course when he was just nine years old.

Rahm, Thomas, and Morikawa will all be in the mix this weekend, and another golfer that should be in the hunt on Sunday is Xander Schauffele. His last three trips to Kapalua have netted a victory, a runner-up finish, and a top-five.

Another golfer to consider is Viktor Hovland. He finished 2021 with a November win at Mayakoba and a December win at the Hero World Challenge. Patrick Cantlay is also coming in with a strong finish to last year, having won three matches at the Ryder Cup, as well as winning the FedEx Cup.

A bet on Patrick Reed pays +2800, which is excellent value considering his experience and success on the Plantation Course. He was runner-up here in 2020, and has three other top-10 finishes, including a win in 2015.

Reed also had a strong end to 2021, finishing tied for second at the Butterfield Bermuda Championship, and he tied for third at the Hero World Challenge in December.

The golf season is back, the NFL season is winding down, and the NBA and NHL seasons are heating up. If you are an independent bookmaker, no time like the present to join forces with a top pay per head software provider like WagerHome.com.

Get your own customizable website and access to WagerHome’s huge menu of sports and betting options, plus EZ live betting. See a demo today at WagerHome.com and get your first four weeks absolutely free.