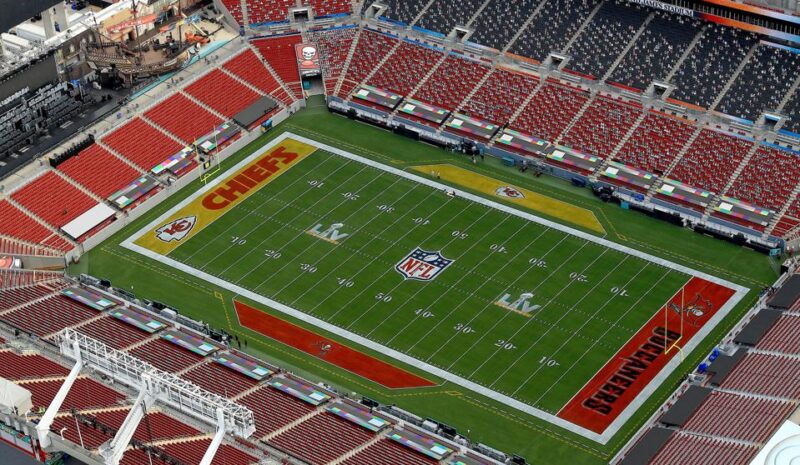 The winner of the upcoming Super Bowl LVI has always been one of the most popular futures bets to place. Last July, the Kansas City Chiefs were the favorite to win, paying +650. The eventual champion Tampa Bay Buccaneers were paying +1200 when training camps began, and Tom Brady took his first snaps in Tampa Bay.

No surprise that as we begin training camps this week for the 2021 season, both Kansas City and Tampa Bay are at the top of the favorite’s board. 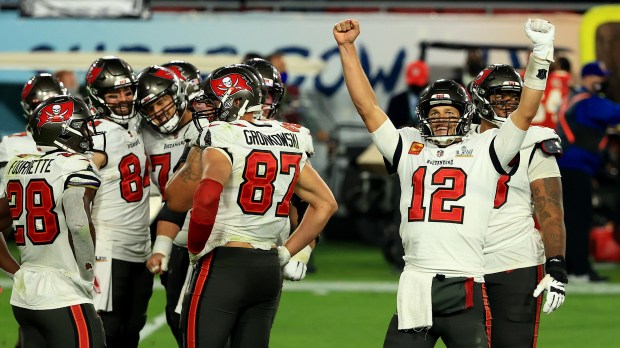 The winner of Super Bowl LVI has always been one of the most popular futures bets to place. Last July, the Kansas City Chiefs were the favorite to win at +650.

The last time we saw the Chiefs, their offensive line was being abused by the Buccaneers front-seven. The next time we see the Chiefs, they will have at least four different offensive linemen in the starting lineup and possibly five. Orlando Brown, Joe Thuney, Creed Humphrey, Kyle Long, and Trey Smith are new additions expected to keep Patrick Mahomes upright and leading Andy Reid’s top offense.

Tampa Bay spent its offseason ignoring other team’s free agents in pursuit of signing its own. They re-signed Shaq Barrett, Lavonte David, and Antonio Brown, returning all 22 starters from their Super Bowl win. At some point, Tom Brady will get old. It hasn’t happened yet, however, and bookmakers don’t think it’s going to happen to any significant degree this year either.

The Bills and Josh Allen got within a game of the Super Bowl last year before losing at Kansas City in the AFC Championship Game. There isn’t much more room for Allen to improve, but the Buffalo pass rush needs to be better in 2021. If rookies Gregory Rousseau and Carlos Basham can fill the Bills’ needs on the EDGE, they will once again be in the Super Bowl mix.

The three teams tied for fourth on the favorites list will live and die by the play of their quarterback.

Baltimore has a former MVP under center, and if he returns to his 2019 form, watch out for the Ravens. The Rams are hoping that new quarterback Matthew Stafford can breathe life back into their offense and put them back into the Super Bowl after two disappointing postseasons. And the 49ers, the NFC Champions in 2019, will either ride with a healthy Jimmy Garoppolo or turn the offense over to rookie Trey Lance.

With training camps now here, the season is just around the corner. Independent bookmakers looking to maximize an NFL season of wagering should take this time right now to find a top pay per head software partner.

With WagerHome.com filling your PPH needs, you get a fully customizable website, access to their huge menu of sports and betting options, plus EZ live betting. See a demo today at WagerHome.com and get your first four weeks absolutely free.