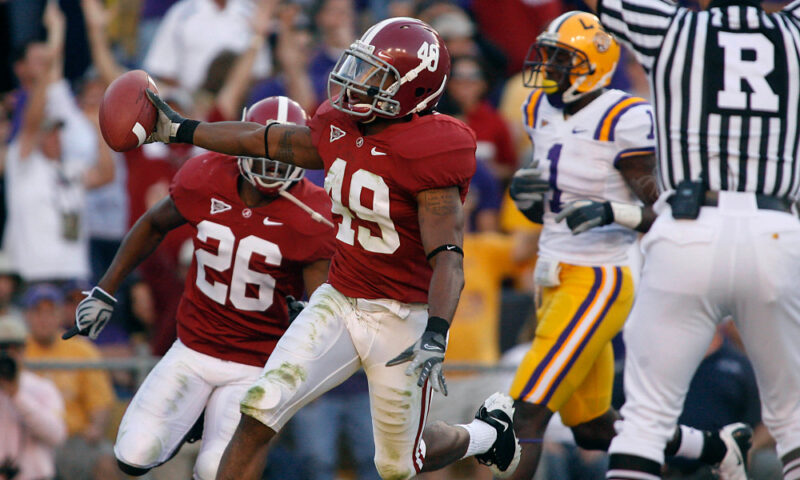 Six months have passed since Alabama beat Ohio State, 52-24, completing its perfect season and winning the 2021 National Championship in college football. Mac Jones, Najee Harris, and Heisman Trophy winner DeVonta Smith are all gone from that team, but expectations in Tuscaloosa haven’t changed. This is still the best team in college football, and yet another National Championship is there for the taking.

Alabama’s last two quarterbacks – Tua Tagovailoa and Mac Jones – were both first-round NFL picks. New quarterback Bryce Young has the same level of talent and the same chance of being a starter on Sundays. For now, he will settle for leading the best recruiting class in the history of the online ranking era.

There are no bigger shoes to fill in college football this season than those left by the No. 1 overall pick Trevor Lawrence. But with him out for a couple of games last season because of COVID-19, Clemson got a preview of his replacement, D.J. Uigalelei, and they liked what they saw. As a freshman, he played against Boston College and Notre Dame and threw for a combined 914 yards and five touchdowns and ran for another four scores.

Clemson is at +400 and the second betting favorite to win the championship next January.

There are no bigger shoes to fill in college football this season than those left by Trevor Lawrence. Clemson got a preview of his replacement DJ Uigalelei, and they liked what they saw.

Ohio State is another team replacing a first-round NFL pick at quarterback (Notice a trend between great quarterbacks and great teams?). C.J. Stroud is the heir apparent, although redshirt freshman Jack Miller is also very good. Neither quarterback threw a pass in 2020, so don’t expect the Buckeyes offense to average more than 41 points a game, as it did a year ago.

Still, this is Ohio State, and they are deserved third on this list at +600.

While the other top teams all welcome new quarterbacks, Oklahoma has Heisman favorite Spencer Rattler returning for a second season as the Sooners starter. He struggled a bit in the early stages of 2020 with turnovers, but no one finished the season looking better than Rattler. Over Oklahoma’s last eight games, Rattler threw 18 touchdowns to just two interceptions to go along with more than 2,000 passing yards.

If Rattler does what everyone thinks he will this season, Oklahoma will be in the College Football Playoff.

The college football season is just a little more than a month away, and there is no time like the present for independent bookmakers to partner with a top pay per head software provider. With WagerHome.com, you get a fully customizable website, access to their huge menu of sports and betting options, plus EZ live betting.