Week 5 of the NFL season extended its way through Tuesday for just the second time in 70 years. We’re down to five unbeaten teams, while only three teams remain winless.

And we got one quarterback who heroically worked his way back to the field in Washington’s Alex Smith, while another in Dallas’ Dak Prescott is starting his journey on the same road to recovery after a Week 5 injury.

What does Week 6 have in store for NFL fans, and where should the smart bettor put their money? Let’s take a look at our NFL best bets.

These are not your father’s Cleveland Browns, but they are your grandfather’s. For the first time since Bill Belichick was their head coach, the Browns are 4-1, and it’s a solid 4-1. They have legitimate playmakers on both sides of the ball and are right to be thinking playoffs.

They haven’t won in Pittsburgh since the stone age, and they may not win here – the Steelers are one of those remaining unbeatens. But look for Cleveland to keep the final margin to within a field goal.

Rookie growing pains aside, Joe Burrow is showing himself to be a capable quarterback in Cincinnati. And while the record doesn’t show it, with just one win in five games, the competitiveness of each game does.

The Bengals lost by three, lost by five, tied, and won by eight. (We don’t count the big loss to Baltimore because the Ravens do that to everyone.)

Philip Rivers is good for a turnover, and the Colts have been too up and down to justify such a big spread. Look for the Bengals to keep this within a touchdown.

If not for a pair of games against the two winless teams from New Jersey, the 49ers would be winless themselves. Along with the other injuries they’ve suffered, suddenly they don’t have a reliable quarterback, with Jimmy Garoppolo getting benched in last week’s embarrassment against the Dolphins.

The Rams have scored 30 points in three of their last four games. They’ll do it again this week and will easily cover against their division rivals.

Arizona Cardinals at Dallas Cowboys (Over 54.5)

A good backup quarterback can save a season, and it just might do that in Dallas. Prescott is done for the year, but Andy Dalton is very good when he has weapons, and he definitely has them in Dallas. 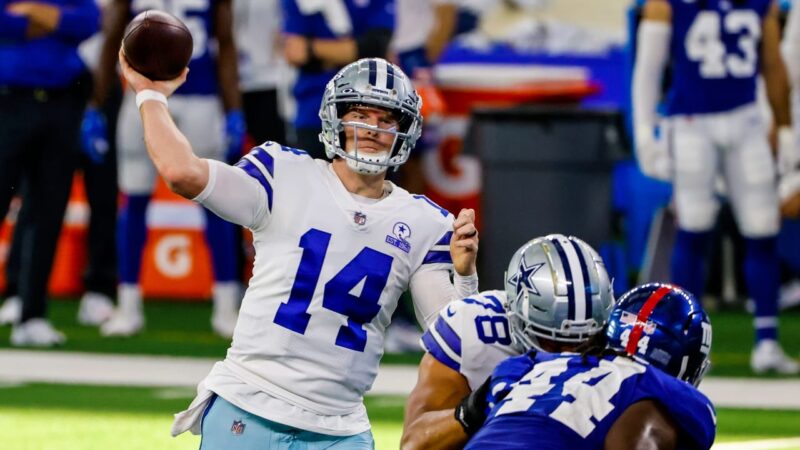 The problem in Big D is the lack of any meaningful defense, which is giving up an average of 40 points per game in the last four weeks. The Cardinals will score, and score often, and score again.

Anything could happen with who wins this game, but offense is guaranteed. This game will go over 54.5 with plenty of room to spare.

Do not wait another minute if you are an independent bookmaker who has yet to discover the advantages of pay per head software. By joining forces with a PPH partner, you will get your own website, your choices in offered sports and wagers, detailed reports on all of your clients, and those clients will get 24/7 customer support.

A free demo is available today at WagerHome.com.