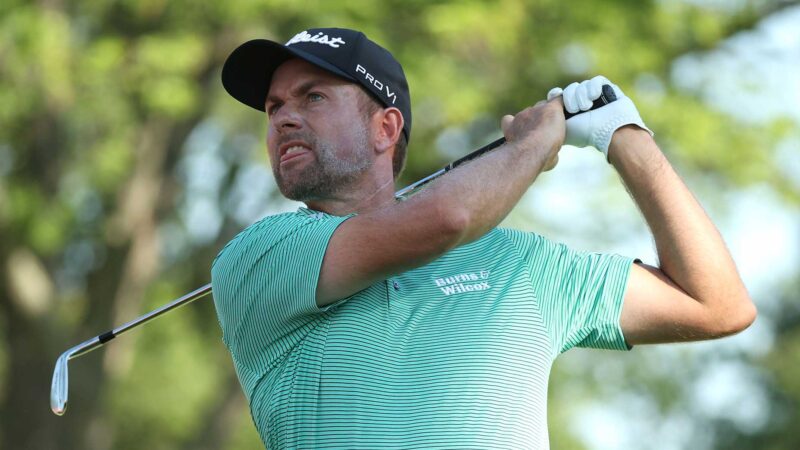 The Wyndham Championship is the final event of the PGA Tour regular season and one final chance for each golfer to gain a berth in the FedEx Cup playoffs and to secure their status for the 2022 PGA season.

It’s a relatively easy course, and the winner of the event this weekend should shoot better than 20-below par, with only two par-fives that are easily reachable. But who exactly does this kind of course favor?

It’s a little simplistic to say that Webb Simpson is made for the course at Sedgefield Country Club, but he does have a pair of runner-up finishes here and a win 10 years ago. He also has been good with the putter this season, which will be key to getting your number low enough to win. He’s the deserved favorite.

Hideki Matsuyama is second, coming off his showing at the Tokyo Olympics. He missed out on a medal in his home country but was in the seven-player playoff for the bronze medal. His good play in Tokyo combined with his good season on Tour makes him an interesting play this weekend.

Russell Henley is paying +3500, almost three times what you get for a bet on Simpson. But with a top-20 finish at the U.S. Open, the Travelers, and the John Deere, he’s played very well this summer. Ignore his struggles at The British Open. Henley is a much better putter on the Bermuda grass of Greensboro, and he will be in the mix when the weekend rolls around.

Si-Woo Kim is paying even better at +4000, and he has a win on this course, coming in 2016. He has struggled since The Memorial, which is why he is paying so well here. But this is one of the places where he thrives. Along with that win five years ago are a pair of top-5 finishes in each of the last two years. At +4000, he is simply too solid a play to ignore.

Keep an eye on Jhonattan Vegas at +5000. With the biggest names on Tour over in Japan, he has had quite the run, with four top-20 finishes in five starts and a pair of runner-ups. With most of the big names still missing and Vegas with a top-10 finish here at Sedgefield, give him a look this weekend. He has the game to match this course.

As the PGA Tour nears playoff action, NASCAR is also heading to the postseason, and the first full week of the NFL preseason kicking off on Thursday now is the time for all independent bookmakers to join forces with a top pay per head software provider. With WagerHome.com, you get your own customizable website, access to WagerHome’s huge menu of sports and betting options, plus EZ live betting.

See a demo today and get your first four weeks absolutely free.