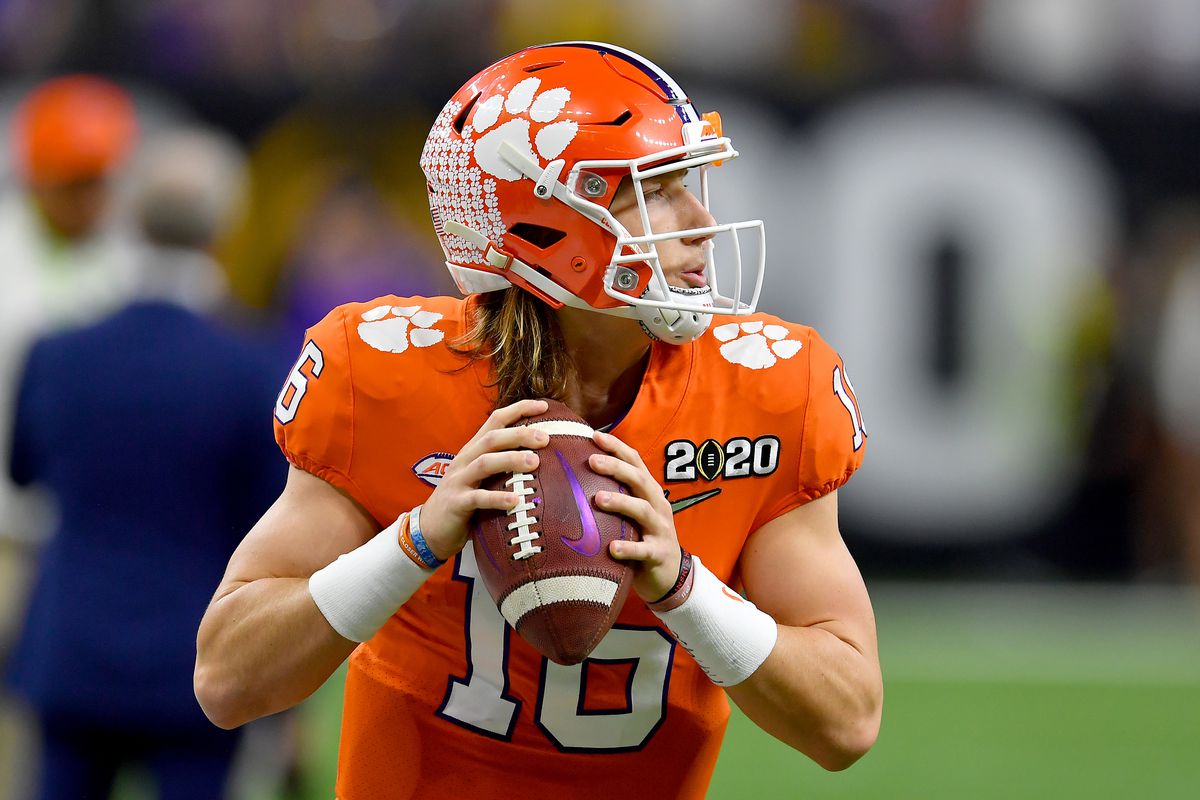 We are still a couple of weeks away from the NFL’s new season and the start of free agency. So while we wait for the offseason to kick in, it’s never too early to look ahead to the NFL’s version of Christmas Day – the NFL Draft.

After last year’s event that was done virtually, the city of Cleveland is moving forward with plans to host an in-person draft this year, beginning on April 29th.

There isn’t any question as to which quarterback is going first. Talking heads are trying to drum up drama, but in the end, it will be Clemson’s Trevor Lawrence. Be it Jacksonville or someone else who has traded up, he will be the top overall pick. But which of the signal callers is going next?

Zach Wilson is the biggest riser of late, as the talk shifts to the struggles of Justin Fields in bigger games. But the legitimate criticism of this line of thinking is that Wilson never really played a big game. The best team he played this year was a loss to Coastal Carolina, and it was his worst game of the year.

One betting note, Lawrence pays +3300 if instead of going first, he goes second.

Oregon’s Penei Sewell is the obvious choice to go first here. He is a game wrecker who many people think will be just as valuable as Trevor Lawrence.

Along with the top quarterback, Clemson is the favorite to have the top running back off the board. Travis Etienne saw his rushing production drop significantly this season after breaking 1,600 in both 2018 and 2019. But he did catch 48 passes as a senior, showing he can be a three-down back.

Alabama’s Najee Harris scored 26 touchdowns in 2020, and he has the advantage of an Alabama pedigree. Current Tide running backs in the NFL include Derrick Henry, Josh Jacobs, Kenyan Drake, and Damien Harris.

If it feels like Alabama has all the talent, it’s because they do. Heisman Trophy winner DeVonta Smith is the slight favorite to go first, just ahead of LSU’s JaMarr Chase. Chase sat out in 2020, but in 2019, he was the best wide receiver in the nation.

Betting on the NFL Draft comes with so many possible options. When an independent bookmaker works with a top pay-per-head software provider, the vast menu of included wagers covers the entire betting world. With WagerHome.com, you get that access, your own customizable website, and EZ Live betting for true in-play wagering. Get a demo today at WagerHome.com.