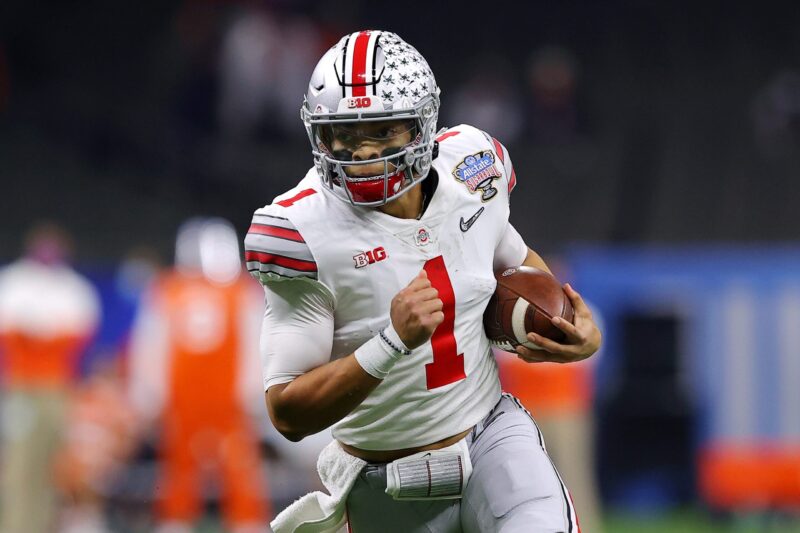 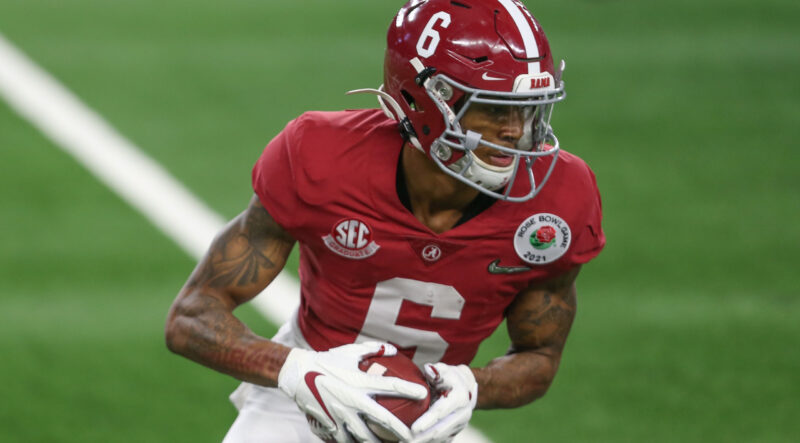 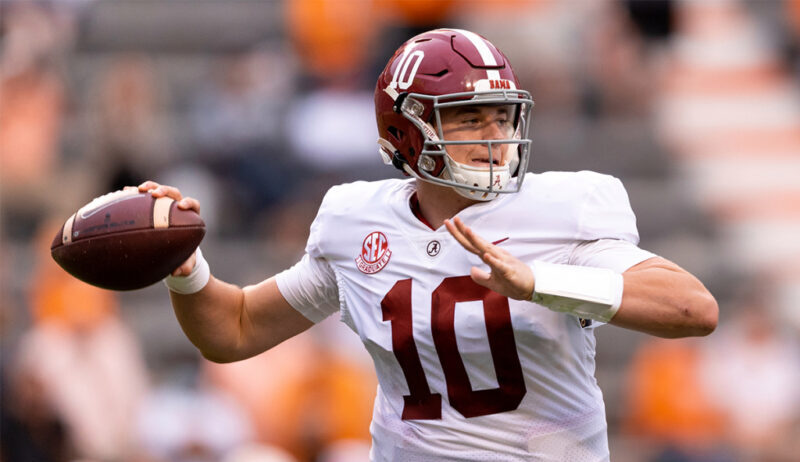 There is so much sports on the calendar this week that it’s almost easy to forget that the three biggest games of the college football season are yet to be played. That changes on New Year’s Day when the semifinals of the College Football Playoff kick off, and the eventual national champion takes one step closer to the title.

It also leads us right into the final week of the NFL regular season and the sports betting bonanza that is the month of January.

Only the year 2020 could give us a Rose Bowl game played in Arlington, Texas, and Notre Dame making the game as a representative from the ACC. But since 2021 will be upon us by the time this game begins, let’s talk about the football.

Notre Dame is very good. The Fighting Irish beat Clemson earlier in the season, only to lose to the Tigers in the ACC Championship Game. That is the only blemish on an otherwise stellar record that comes from Notre Dame playing great defense and featuring an offensive line that is one of the best in the country.

That offensive line will be key because it absolutely has to keep the Notre Dame offense humming against Alabama. Even with a great Irish defense, we know Alabama is going to score.

Both quarterback Mac Jones and wide receiver DeVonta Smith are Heisman Trophy finalists, and running back Najee Harris just missed the cut as the fifth-highest vote-getter.

Can Notre Dame keep pace with Alabama? The bookmakers clearly don’t think so.

As soon as Clemson closed out its victory over Ohio State in the semifinals last year, this was the rematch we all hoped to see. It was a heavyweight fight between two teams with two great quarterbacks, who amazingly are even better this season.

This is Clemson’s sixth trip to the College Football Playoff semifinals, and it’s worth noting that the Tigers are 4-1 against the spread in the previous five. Ohio State finds itself in the unusual position of being the underdog in this one. Since 2012, the Buckeyes are 7-1 against the spread when playing as the underdog, with that lone loss coming to Clemson and Trevor Lawrence at the Fiesta Bowl a year ago.

Both teams are ready for a battle, and it’s hard to believe that Clemson will win this by more than a touchdown. The Tigers are more battle-tested than Ohio State, having played 11 games to OSU’s six, but that may also mean the Buckeyes are healthier.

Both College Football Playoff semifinal games are going to see lots of betting action, culminating with the National Championship in Miami on Jan. 11. If you are an independent bookmaker, don’t miss out.

Now is the time to improve your profits by becoming partners with a top pay per head software provider. You get your own customizable website, and all the odds and point spreads from around the world are automatically updated for you.

Get a demo today at WagerHome.com, and sign up for your free four-week trial. 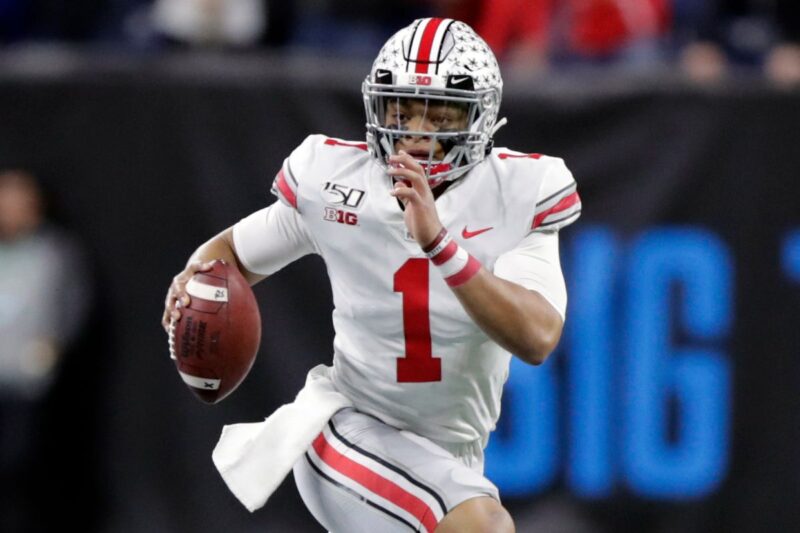 There were so many great storylines in college football bets last weekend, including South Carolina’s upset win over Auburn, Tennessee getting thumped by Kentucky, Notre Dame grounding out a win over Louisville, and Clemson putting up a basketball score at Georgia Tech.

And now this week, the college football season gets even better as we welcome in the Big Ten and its shortened eight-game season, including our first look at one of the best teams in the country in Ohio State.

Here are a few games we think you should take a look at making a bet on this weekend.

No slight to Nebraska, and normally a 26-point spread should be enough to scare bettors away, but with a late start to the season, Ohio State has extra motivation. Clemson already has five wins, and Notre Dame and Alabama each have four wins on their resumes, so the Buckeyes need to make an immediate impression with college football voters.

Quarterback Justin Fields and Ohio State will pour it on the Cornhuskers, cover the spread, and prove they belong in the national championship conversation.

Tennessee was just in the top 20, which makes this look like a closer game on the surface. But a 34-7 loss to Kentucky a week after losing by 23 to Georgia has the Vols in a freefall. Ready to push them over the cliff is an Alabama offense averaging 49 points per game.

This will be a win by four touchdowns or more for Alabama, so take the favorites and lay the points.

Notre Dame will probably win this game. But Pitt has the third-ranked defense in the country – 29 sacks, 57.5 rush yards allowed – and the Irish have a rather pedestrian offense. This will be a defensive showdown, and points will be hard to come by for both teams.

Take the points and the Panthers.

After a bye in week 6, and an unexpected bye in week 7 because of Baylor’s positive COVID-19 tests, Oklahoma State is well-rested. Most importantly, quarterback Spencer Sanders‘ ankle is now healed, giving the Cowboys offense an added boost. 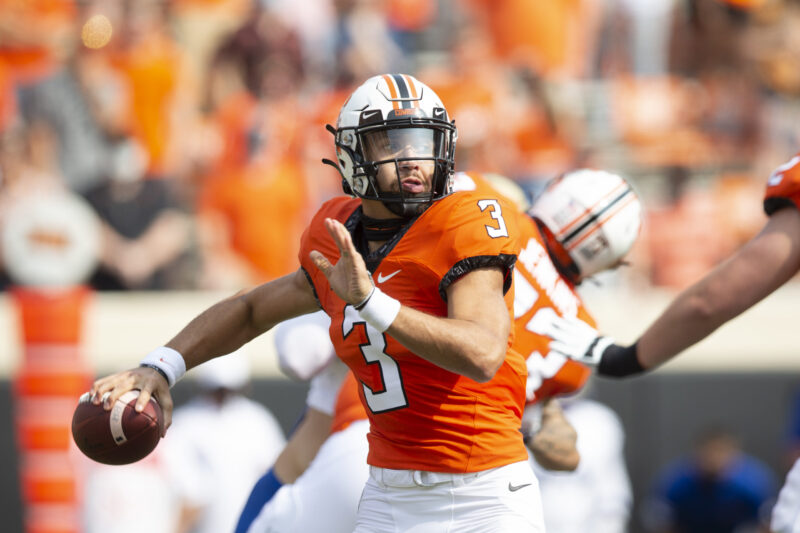 Iowa State’s defense did play well against Texas Tech, but it was scored on by Oklahoma and TCU, and the same will happen this weekend. OSU covers the spread with a touchdown or bigger victory.

The Tar Heels’ loss to Florida State notwithstanding, North Carolina deserved its Top 10 ranking from a week ago and will want to prove it against in-state rival North Carolina State. On the other hand, the Wolfpack just lost their starting quarterback to a broken leg, so in a game that should be a shootout, they are missing their biggest gun.

North Carolina’s offense rolls to a three-touchdown win and covers the spread.

The Big Ten is back, the Pac-12 is coming in two weeks, and this college football season is about to look normal again. If you are a bookmaker taking college football bets, this is the time to partner with a top pay per head software provider.

Get your own website, customized betting, and a free demo today at WagerHome.com.