The NFL loves its parity, and after two weeks of football, we are down to just six undefeated teams – the Bills, Dolphins, and Chiefs in the AFC, and the Eagles, Giants, and Buccaneers in the NFC.

That is the fewest 2-0 teams in the NFL since divisions realigned in 2002. It’s also worth noting that there are only five teams that are 0-2, and that’s a magic number because last season, we had seven 0-2 teams, and not one of them made the playoffs. Three of the five teams at 0-2 this year were playoff teams in 2021.

It is a week for road favorites, and the first of these is the Baltimore Ravens visiting the New England Patriots.

Lamar Jackson isn’t likely to have another perfect week, but he is clearly playing at the top of his game, and he should have another big week. The Ravens’ defense also won’t collapse, as it did against the Dolphins. Instead of trying to contain Jaylen Waddle and Tyreek Hill, a challenge for a banged-up secondary, the Patriots have Jakobi Meyers and Nelson Agholor.

Advantages to the Ravens in all three phases of the game have them covering the field goal spread. 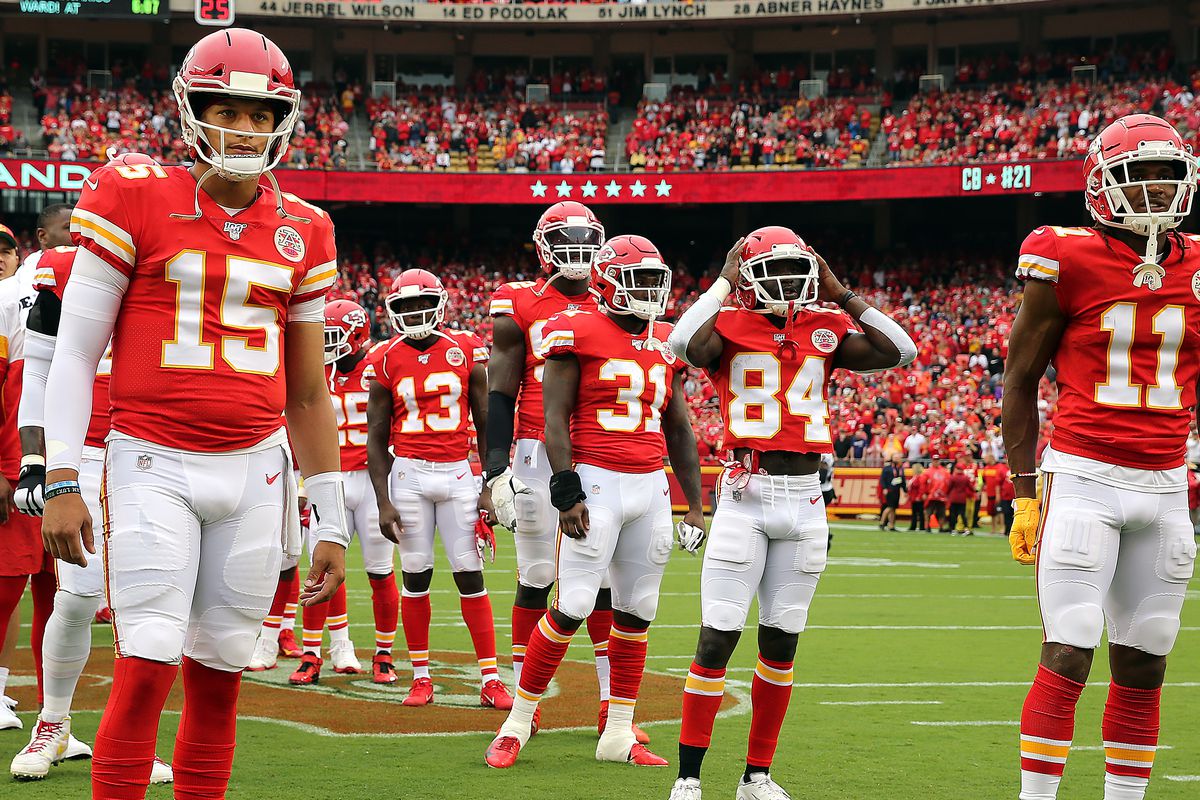 No team has started this season worse than the Indianapolis Colts, and Patrick Mahomes and the Chiefs’ offense is just fine without Tyreek Hill.

Kansas City had some problems with the Chargers’ wide receivers, but that is a weakness of the Colts, as is their offensive tackle situation. Shutting down Indy isn’t hard to do right now (see: Week 2 at Jacksonville), and the Chiefs will find the end zone at least four times.

Kansas City rolls to a big win in Indianapolis.

Good on the Miami Dolphins for their comeback win over the Ravens. But don’t forget, they were down 35-14, and against a better NFL team, that comeback never happens, and Miami loses big.

Buffalo is that better team. The best team in the NFL at this stage, coming off two giant wins over two of the best teams in 2021. Super Bowl champion Rams, no problem. They beat them by 21. The No. 1 playoff seed in the AFC in the Titans, they barely break a sweat. The Bills beat them by 34.

Buffalo is scary good, and they go into Miami and win by well over a touchdown.

The NFL is the greatest reality show on earth, and it is easily the best sports betting on the planet. If you are an independent bookmaker who takes NFL bets, you absolutely must be partnered with a top pay per head software provider like WagerHome.com.

With WagerHome, you get your own fully customizable website, access to WagerHome’s huge menu of sports and betting options, plus EZ live betting.

See a demo today at WagerHome.com, and when you sign up for a membership, you get your first four weeks absolutely free. 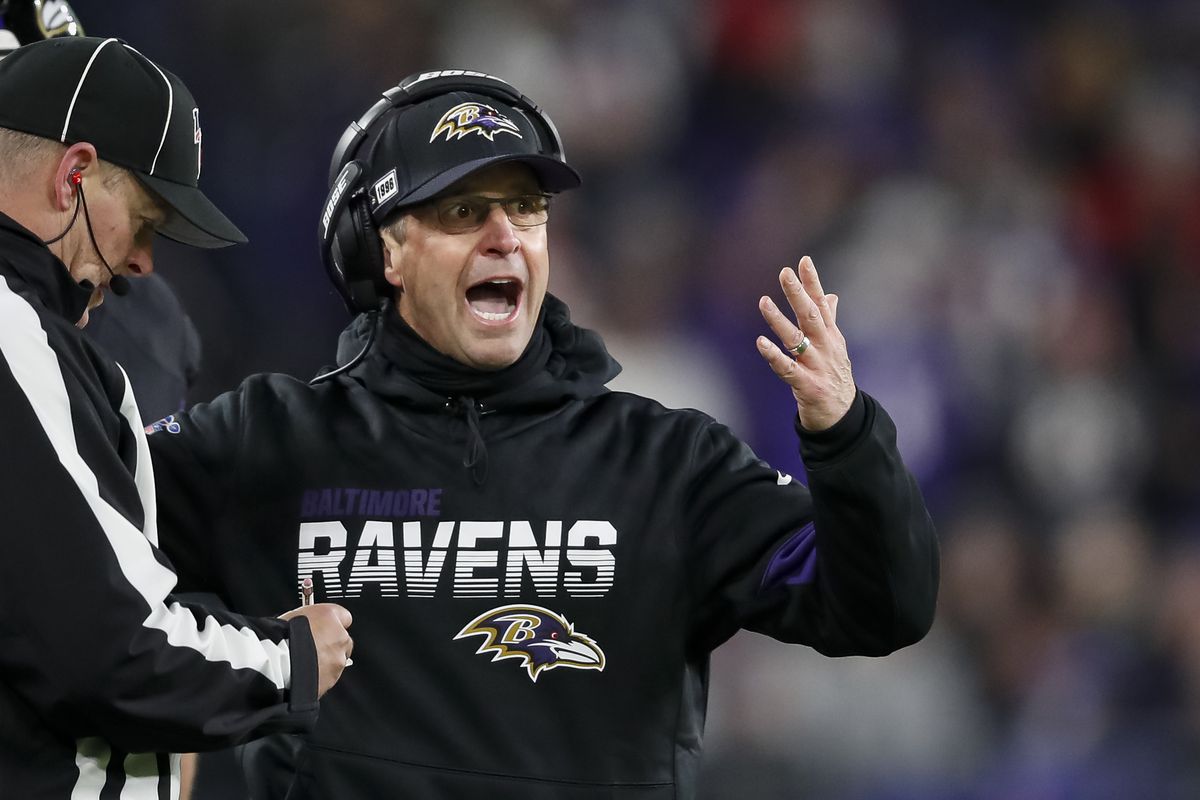 If you are an experienced NFL bettor, you know the disclaimer that follows. This is the NFL preseason.

There used to be a time when starters would actually play as much as a full quarter of football, or even more. Those days, however, are over. Most of the veteran stars will not see the field in this first week of full preseason play, and perhaps even any of the preseason.

That makes it tough to make accurate picks, which is both good and bad. Bad, because a lot of wagers are just guesses in the NFL preseason. But good, in that the lines bookmakers post are also largely guesses, and that makes for some exploitable point spreads.

It is the most bizarre streak in the history of the NFL. The Ravens have won 20 consecutive NFL preseason football games, and under head coach John Harbaugh they are 12-1 against the spread in the opening week of the preseason.

It’s nuts, winning that many consecutive games you aren’t really even trying to win. But at this point, the Ravens are trying to win, hoping to keep the streak alive. It will be fun to watch Malik Willis play for the Titans in this one but bet on the Ravens to cover the spread.

The pick of the Ravens aside, it generally is more profitable to pick underdogs in the preseason. Underdogs have covered the spread 54.2% of the time over the previous two seasons.

Here we have a home dog, and one who is the subject of HBO’s Hard Knocks, which makes us like the Lions even more. Last year’s Hard Knocks team was the Indianapolis Colts, and they won all three of their NFL preseason games.

The 49ers, with a new young quarterback, will play Trey Lance in their first and third preseason games. They are also expected to play several other starters along with Lance.

Aaron Rodgers hasn’t appeared in an NFL preseason game since 2018, and he won’t be in the field on Friday in San Francisco. For that reason, plus the Packers having to travel, we like the 49ers to cover this nominal point spread.

Rams coach Sean McVay and Chargers coach Brandon Staley hate the NFL preseason. Their only goal in preseason games is to get them over as quickly as possible. In 2021 the Rams scored 6, 16, and 12 points. The Chargers scored 13, 10, and 0. And when they played head-to-head, the final score was 13-6.

It would be a shock if these teams go over 30 total points. For these two teams, hammer that under.

The preseason kicks off exactly one month before we get the first NFL Sunday. If you are an independent bookmaker, this is the most profitable time of year to be partnered with a top pay per head software provider.

WagerHome.com gives you a customizable website and access to their huge menu of sports and betting options, plus EZ live betting. See a demo today at WagerHome.com. 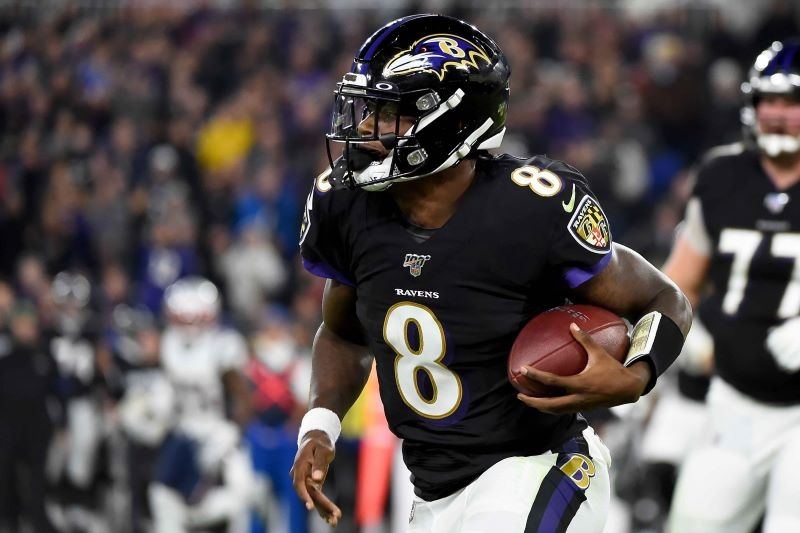 The NFL regular season is half over, and the San Francisco 49ers are the last undefeated team in the league. The New England Patriots lost last weekend, which was their first loss of the season, but they are still the betting favorite to win the Super Bowl.

As a PPH bookie, the NFL season gives you tons of betting options to offer your players, which is great for you, considering you can really make a profit. Having a legit PPH site, like the ones from WagerHome.com, that is well set up and offers players NFL betting options can be profitable for you and keep your players happy with all the wagers they can make.

Let’s take a look at Week 10 action and five teams to bet on.

While the Rams are on the road and their two-game win streak has come against weak opponents, they are still the pick in this game. Yes, the Steelers have won three in a row, but they had a little luck on their side in their last game and may be without starting RB James Conner for a second straight game.

The Ravens are flying high, winning four in a row, and handing the Patriots their first loss of the season in their last game. Lamar Jackson has emerged as an MVP candidate, and Baltimore is a double-digit road favorite even though they only beat Cincy by six points at home early in the season. The Ravens are the pick against the winless Bengals in this game, as they have the top-ranked rushing offense in the NFL, while Cincy ranks dead last in the league in run defense.

The Chiefs are coming off a big win over the Minnesota Vikings, and they have won two of their last three games with backup Matt Moore. Reigning MVP Patrick Mahomes is expected back for this game, and that would really spell doom for Tennessee.

Kansas City has many offensive weapons, and it will outmatch the Titans, even in their house. Tennessee has not beaten a team with a winning record this season, and that will continue in this game, as it will lose its second in a row and fail to cover the spread.

In the Big D in the Sunday night primetime game, the Cowboys are a three-point home favorite against the Vikings. Dallas has won two in a row and is atop the NFC East, but it has been inconsistent on the season. The Cowboys beat the 5-4 Eagles in the game before their last one, but their other four wins have come facing teams that have a combined five wins.

The Vikings lost their last game where league rushing leader Dalvin Cook struggled. He will get back on track, and in this close game, Minnesota will, at least, cover the spread.

The Packers took their worst loss of the season in their last game, while the Panthers are coming off a solid win where Christian McCaffrey had 166 total yards from scrimmage with three TDs.

The reason Green Bay is the pick is that it is back home at Lambeau Field, and Aaron Rodgers, who passed for 429 yards with 5 TDs and no interceptions in his last home game, will light it up.