Week 1 of the return of NASCAR finished almost exactly as the pre-race betting odds predicted. On Sunday, it was Kevin Harvick and Kyle Busch who went off as the two race favorites, and it was Harvick finishing in first place while the other Busch, older brother Kurt, crossed the finish line in third.

As expected, with no practice and no qualifying, it was the most experienced teams that came out of top. And also as expected, everyone was thrilled to be back on the racetrack.

It was Harvick’s 50th career Cup win, and he said that while it was a great honor to win the race, it was a little strange taking the checkered flag to the silence of a fan-free grandstand.

The two-month interruption to the season has not wiped away one of the marquee races of the year. This coming Sunday, on its originally scheduled day, the Coca-Cola 600 will be run. And for this race, because of its importance in the standings, there will be qualifying runs to determine the starting order.

Not surprisingly, the top names you would expect to see are jockeying for position at the head of the odds board.

Martin Truex was the champion of this event in 2019, his second victory in the Coca-Cola 600. Joey Logano finished second in 2019 in NASCAR’s longest race of the year.

Alex Bowman is an interesting bet here at +1200. At Darlington on Sunday, he finished in second place behind Harvick, and the 27-year-old does have a pair of top 10 finishes at Charlotte. 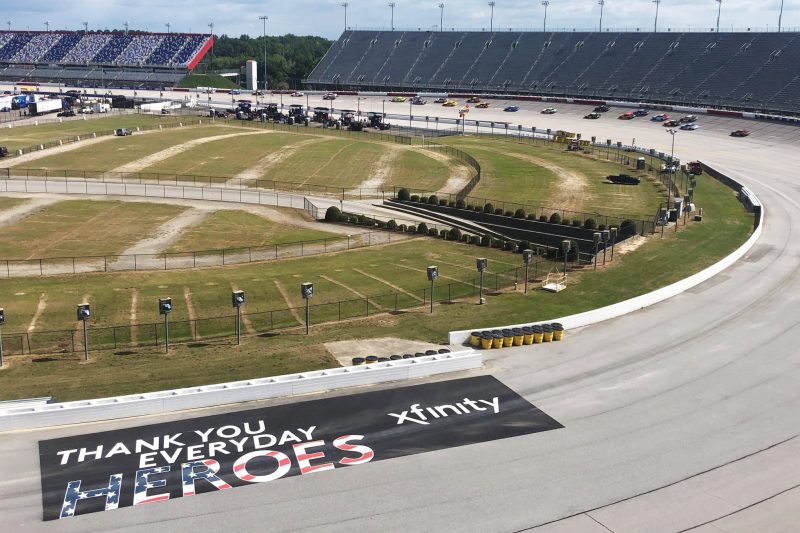 In an effort to run just as many races as originally scheduled, after the Coca-Cola 600 is run on May 24, there will be another Cup Series race at Charlotte on May 27, before everyone moves to Bristol for the Food City 500 on May 31.

Then the action moves to Atlanta on June 7. The Cup Series races at Martinsville on June 10 and again in Miami on June 14. Including the race that was just held at Darlington, that’s a total of seven NASCAR events in only 28 days.

The Pay Per Head Rush Is Here

Sports betting hasn’t just returned – it’s returned at 200 miles per hour around the most important tracks in NASCAR. And if you are a bookmaker that’s been barely hanging on these last two months, don’t be left behind. You need a pay per head software provider like WagerHome.com to help you strike while the NASCAR racing is hot.

WagerHome.com will manage all of your business’ administrative side, while you can focus on making sure that your clients know that sports betting is back in all its racing glory. For just a small fee per client can get the pay per head bookmaking advantage that your competition only dreams about.