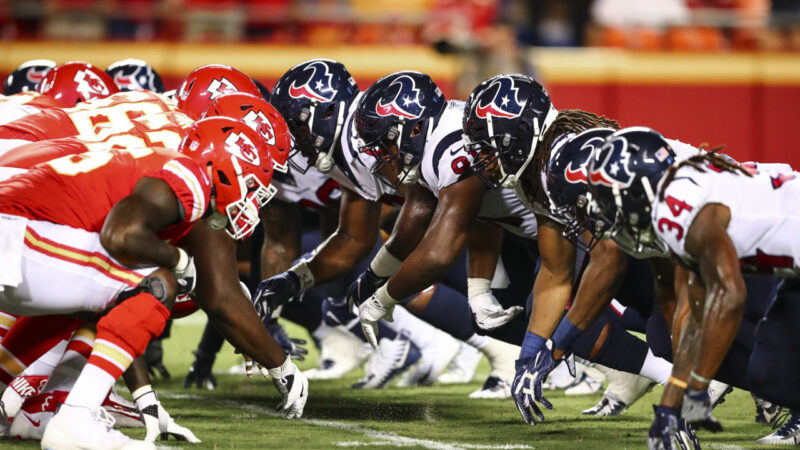 We’ve made it. Almost. Unlike the delay for the baseball season and the interruptions to the NBA and NHL, it looks as though the NFL is going to kick off its season on time (fingers and toes crossed).

The rematch of the wildest playoff game last January – Kansas City’s 51-31 comeback against Houston – is set for Sept. 10 in front of limited fans at Arrowhead.

If you’re looking to this game for fantasy purposes, quarterback play is an obvious route. Two of the top five quarterbacks in the league will be slinging it in the Chiefs’ Patrick Mahomes and the Texans’ Deshaun Watson.

But beyond quarterback, who are the best plays?

It’s been several years since David Johnson was a fantasy stud, and over the long haul, he’s a risky play because of his injury history. But he’s going against a suspect run defense, and because of the price Bill O’Brien paid to get Johnson (trading away superstar DeAndre Hopkins), there is no way he’s going to let Johnson go unused.

Johnson is going to be featured early and often, and fantasy players have their best chance to take advantage of his high touches here in Week 1.

With Hopkins gone, the Houston wide receiving corps turns to Will Fuller to lead. Along with his 89 yards against the Chiefs in the playoffs, Fuller had some absolutely monster games last season, including 217 yards and three touchdowns against the Falcons, and 140 yards against Indianapolis.

Suspensions have the Chiefs secondary beginning the year short-handed, and Fuller will find plenty of holes to work.

He’s already on your radar as a top fantasy option, but when it comes to playing the Texans, Travis Kelce absolutely feasts. In six career games against Houston, he has 41 receptions for 558 yards and five touchdowns.

He loves playing them, and there is simply no one on the Texans defense that can contain him. Whatever it takes, get Kelce into your lineup for this matchup.

If you can play Tyreek Hill, play Tyreek Hill. But if you’re looking for a cheaper option or are deciding between Sammy Watkins and Mecole Hardman, go with the second-year man out of Georgia.

The speedy Hardman averaged more than 20 yards per catch as a rookie and is in line to make a big leap in 2020. The Texans’ pass defense is one of the worst in the NFL, and Hardman will get at least one long score in this game.

If you are an independent bookmaker ready to take bets on the NFL, MLB, NBA, NHL, or you also dabble in daily fantasy sports wagering, this next month is going to be crazy. With all four major American sports leagues in action, the time is right to partner with a pay per head software provider.

You get a website, customizable betting options, complete client reports, and all for just a small fee per client. WagerHome.com offers you a demonstration today and four weeks free of charge to make sure that it’s right for you.