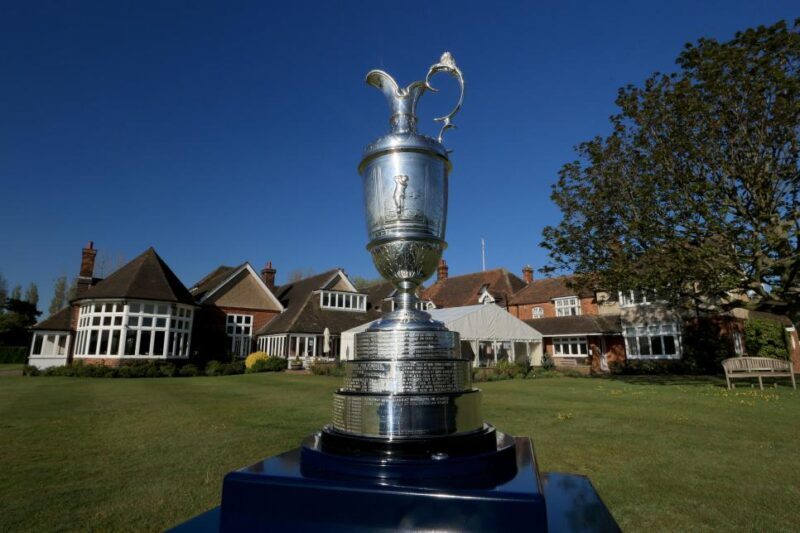 The 2021 Open Championship is nearing as the 2021 calendar year‘s final major. We’ve had three major champions this year, all with their own amazing storylines attached with their victories.

After the 2020 Open Championship was canceled due to travel restrictions relating to COVID-19, the players return to the United Kingdom for the first time in two years. It is never too early to dive into our favorites to hoist the Claret Jug and be named “The Champion Golfer of the Year.”

When you go to make your bets, here are a few things to keep in mind.

Can Rahm Continue the Momentum?

Jon Rahm captured his first major championship last month after clutch birdies on the 71st and 72nd hole of the US Open to propel him to victory. Rahm is now the betting favorite to take the Open Championship (+900). The 26-year old has all the momentum heading into the tournament, but he has never placed inside the top 10 in five Open starts.

Hovland a Name to Watch

Viktor Hovland became the first Norwegian to win a European Tour tournament at the BMW International Open in Germany at the end of June. Hovland has finished in the top 5 in six tournaments on the PGA Tour, including a victory at the Mayakoba Golf Classic in December.

Hovland is +2500 to win the tournament and a name to closely research before placing your Open bets prior to the start of the tournament.

Scottie Scheffler makes his first trip to an Open Championship venue in 2021. Normally, you tend to look at players with a history of playing links golf, but Scheffler’s rise has put us on notice.

The 25-year old is still searching for his first career victory. With top 20 finishes at all three majors, including T8 or better at the PGA Championship and US Open, Scheffler is a value pick that should not be ignored even with his lack of history playing across the pond.

Westwood Rounds Out the Picks

Lee Westwood resurgence in play this season, including a pair of solo second finishes at the PLAYERS and Arnold Palmer. Westwood has made it to the weekend in each major this year, his best finish T38 at the Masters.

The 48-year old Westwood has had a lot of success in Open Championships, finishing in the top 5 in five tournaments, including T4 in 2019. As Phil Mickelson showed us by winning the PGA Championship earlier this year, age is just a number in golf.

Are you a bookmaker looking to expand your exposure and business? Team up with one of the top pay per head software providers in the industry. When you partner with Wagerhome.com, you’ll get a customizable website that is tailored to your brand, along with access to an extensive array of sports and betting options.

You can view a demo today at Wagerhome.com and get your first four weeks FOR FREE!

Check it out right here >>