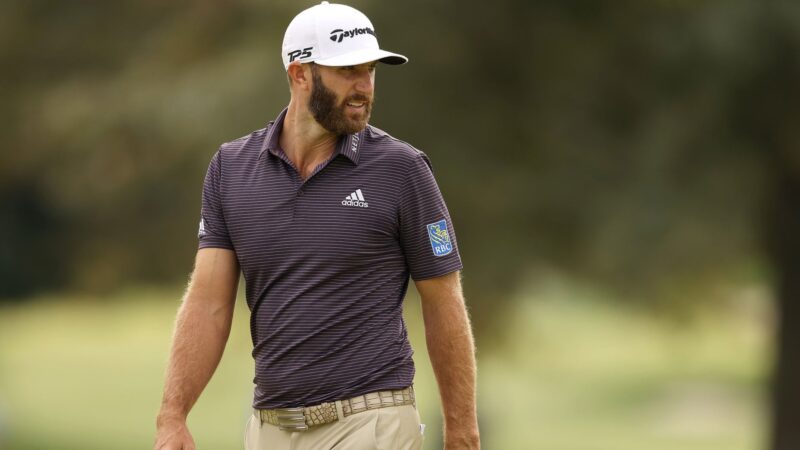 Here’s a brief piece on the 2021 AT&T Byron Nelson Favorites, Dark Horses, and Underdogs. A year off the schedule because of COVID-19, the AT&T Byron Nelson returns in 2021 in a new home, the TPC Craig Ranch, just north of Dallas, Texas.

As the world’s golfers get in their final tune-ups for the PGA Championship, a number of the world’s top golfers will be competing in Texas.

World No. 1 Dustin Johnson leads the field at the Byron Nelson, and even though he hasn’t finished in the top 10 since back in February, he is the favorite to win here. He’s currently ninth in driving distance and seventh in scoring average, so the play has been what you expect from the 2020 Masters champion. But his last time out at the Valspar Championship, DJ finished tied for 48th.

Bryson DeChambeau appeared to turn the corner last week after a rough patch that saw him finish tied for 46th at the Masters. He finished in the top 10 at the Wells Fargo Championship after thinking he’d missed the cut on Friday and actually leaving town. He then took a red-eye flight back to Charlotte, made his tee time on Saturday, and put together his two best rounds – back-to-back 68s – since October.

It’s been four weeks since Hideki Matsuyama won the Masters and four weeks of being celebrated as the conquering hero back in Japan. His month even included being the guest of honor for the Prime Minister of Japan.

He is now back in the U.S. and getting in a final tournament before trying to win a second consecutive major.
Underdogs With Value

The eyes of the golf world have been on Will Zalatoris (+2800) since his runner-up finish at the Masters, and this might be the week he gets his first win. He’s a Dallas native and first played in the Byron Nelson back in 2018.

Aaron Wise (+6600) is another under-the-radar golfer coming into the weekend playing good golf. He was a top 10 finisher at the Wells Fargo Championship and saved his best rounds for Saturday and Sunday. He has two top 10 finishes, five finishes in the top 25, and he won the Byron Nelson back in 2018.

Sung Kang (+35000) beat a somewhat weak field when he won the Byron Nelson in 2019. It’s a new course, so most previous Byron Nelson results are hard to judge. But Kang is a member at TPC Craig Ranch and knows the course better than anyone in the field.

There are other golfers out there who might make a buzz in the tournament, so don’t be surprised if one gets ahead of the pack.

To get the most from your clients on the 2021 AT&T Byron Nelson, and other PGA Championship tournaments, and the rest of the calendar of sports betting, independent bookmakers need to be partnered with a pay-per-head software provider like WagerHome.com. Get your own customizable website, and give your clients access to WagerHome.com’s huge menu of sports and available bets, plus EZ live betting.

For more information, check out WagerHome.com!