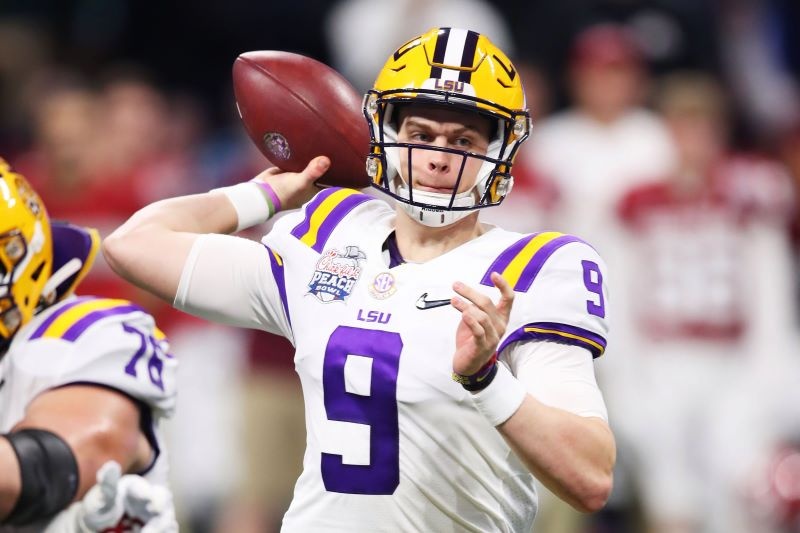 It is the College Football Playoff matchup we were all hoping to see: Last year’s freshman phenom, Trevor Lawrence, and the defending national champion Clemson Tigers vs. this season’s out-of-nowhere Heisman winner, Joe Burrow, and the offensive juggernaut that is the LSU Tigers.

It is entirely possible that the national championship game next Monday night will feature the top picks in the next two NFL drafts in Burrow and Lawrence. That’s how much star power and talent will be on the field. A quarterback rivalry born in 2020 may be a football storyline for the next 15 years.

With this kind of a matchup and this much-expected action, it is the perfect time to make sure your bookmaking services are top of the line and that you’re using a pay per head service that’s up to the task.

At WagerHome.com, you can get four free weeks to try it before making any commitments.

As for the game itself, we like LSU to win for the following reasons.

Burrow won’t be the only great quarterback on the field Monday night, but he is, without a doubt, the quarterback who is playing the best. In LSU’s semifinal win over Oklahoma, he set numerous records and finished the game with 493 yards, seven touchdowns, and an eye-popping efficiency rating of 239.77.

All were season highs, and as they say in football, it’s not how you start, it’s how you finish, and no one is finishing this season better than Burrow.

The Tigers did hold Ohio State to just 23 points and held them to a season-low third-down conversion rate of 38 percent. But they also gave up 516 yards, and that point total would have been much higher if not for a pair of costly interceptions thrown by Justin Fields.

Burrow will do a better job of protecting the football than Fields did, and with yardage totals like that, the points will come. The Clemson defense is very good, but even with two weeks to prepare for LSU, it won’t be able to slow the LSU offense down.

Coach O is a Stabilizer

Clemson has the experience. Playing for a national title is old hat for the Tigers, who have won two titles in the last three years. 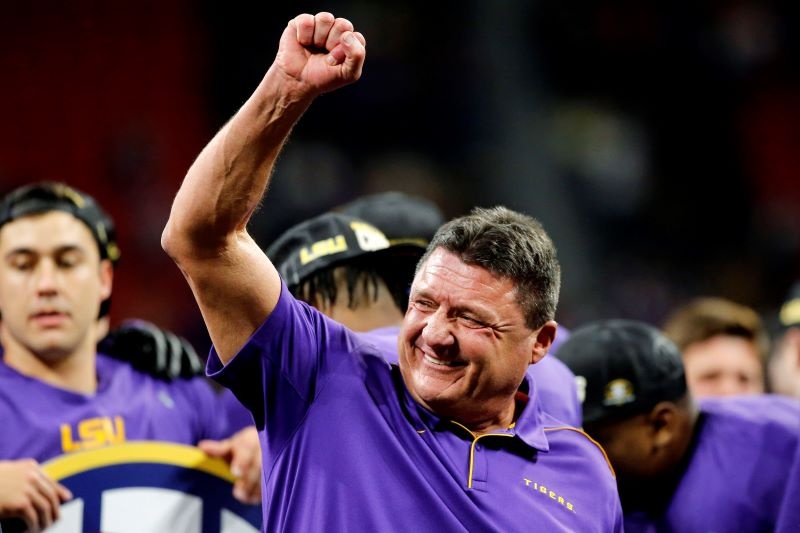 For LSU, this is all new, and perhaps a little intimidating. But if anyone can keep this team grounded for 60 minutes of football, it’s head coach Ed Orgeron and his LSU staff.

This team will not get too high following its win over Oklahoma, or too nervous playing for the title. Coach O will make sure they stay focused and ready.

Burrow doesn’t have a great Heisman season without top weapons, which is exactly what he has in wide receivers Ja’Marr Chase and Justin Jefferson. Chase has 1,559 yards and 18 TDs this season, but if you slow him down – like what happened against Oklahoma when he caught just two passes – Jefferson steps up.

Jefferson had 14 catches for 227 yards and four touchdowns against the Sooners. You might contain one or the other. There is no way you can stop them both.